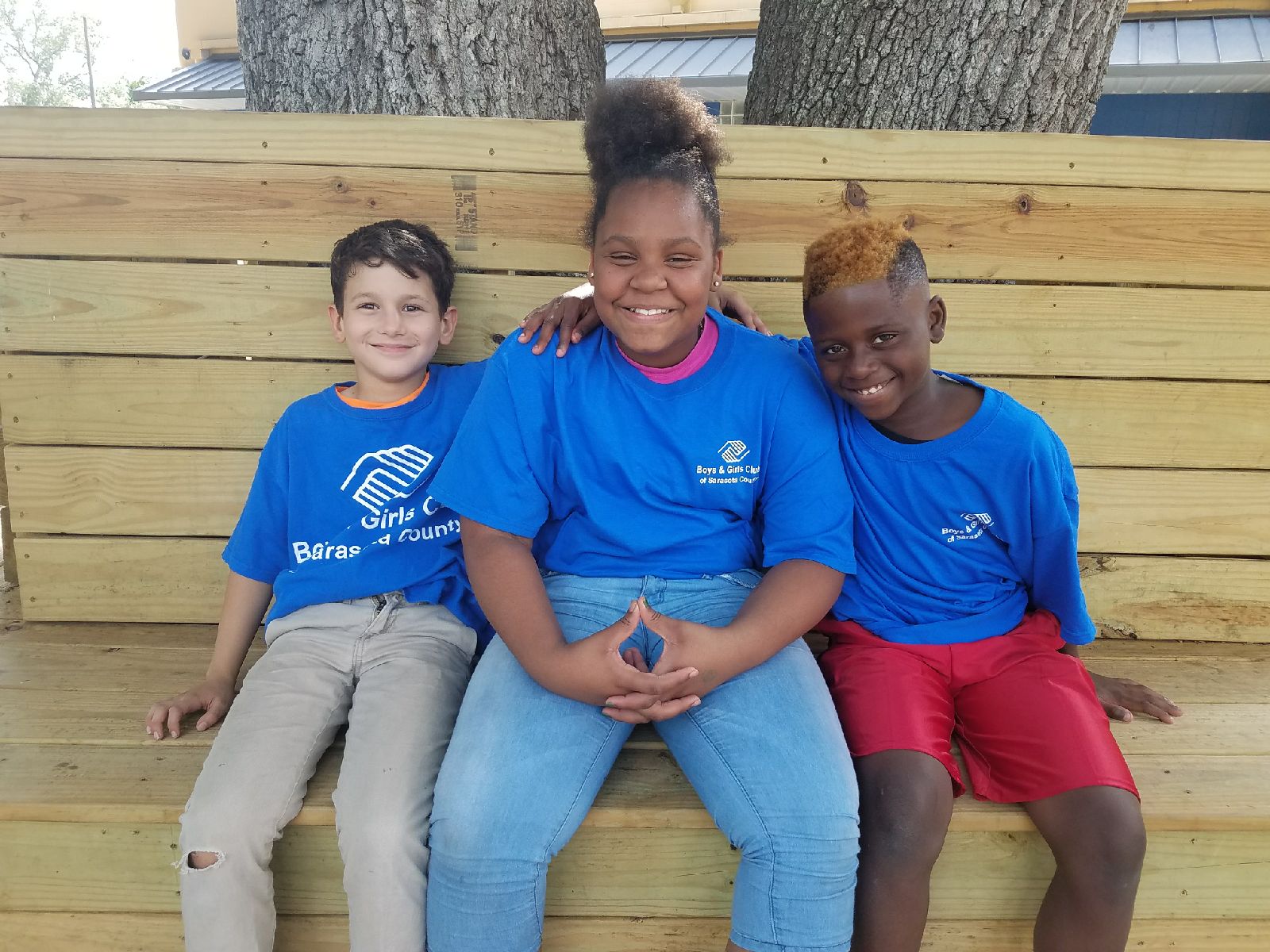 When the members of the Leadership Sarasota County Class of 2017 got together to discuss what they would do for their class project last September, deciding on a focus was the easy part - children and social services. Then came the hard part…

After several months of planning and executing, the Leadership Sarasota Class invites the community to celebrate the successful completion of project “Play & Learn” at the Roy McBean Boys & Girls Club, located at 1790 21st St. in the Newtown. The ribbon cutting will take place on Wednesday, May 24, from 4 to 6 p.m.

At that time, Boys & Girls Club members and their families, and others from the community will be able to see all of the upgrades the class made to the exterior of the facility. These upgrades include a new shade structure over the playground, 12 new picnic tables, a custom-built bench which encircles the large oak tree that is the centerpiece of the area, new playground mulch, and other site improvements.

The celebration will include “Storytime” on the new tree-hugger bench hosted by the Sarasota County Libraries, a Master Gardener presentation in the club’s garden, a kid-friendly composting demonstration hosted by Keep Sarasota County Beautiful, a performance by the Florida Studio Theatre, and the interactive Mote Mobile Exhibit which allows participants to touch a variety of sea creatures.

Project “Play & Learn” was selected from several proposals that were submitted to the class’s Project Selection Committee after a Request for Proposal was issued to more than 20 local not-for-profits that focused on the two main areas of concern identified by the class - children and social services.

The Boys & Girls Clubs’ proposal won the overwhelming support of the class because of the significant need and the lasting impact it would have on the organization and the surrounding community. As the largest Boys & Girls Club in the nation built specifically on public housing property, the Roy McBean Boys & Girl Club offers a much-needed safe and fun outdoor space for the children of Newtown.

Although the class received $5,000 in seed money from The Greater Sarasota Chamber of Commerce, the project (which will surpass the $15,000 mark, not including the hundreds of sweat equity hours provided by the members of the 2017 class) would not have been possible without the generous support of: Friends of Sarasota County Parks, Sean McCutcheon's Air Conditioning and Heating, McIntyre Elwell & Strammer General Contractors, Observer Media Group, Willis Smith Construction, Icard Merrill, Waste Pro, U.S. Masters Swimming, Visit Sarasota County, SunTrust, Baird - Private Wealth Management, HealthFit, Kerkering, Barberio & Co, West Florida Insurance Agency, and atLarge/DreamLarge.

Project “Play & Learn” builds on the work started by the Leadership Class of 2014. The previous class installed one sunshade structure, re-grated the large field behind the playground area, installed rain barrels and a vegetable garden that club members tend to and, with the help of Ringling College of Art & Design students and club members, painted two beautiful murals in the outdoor space.