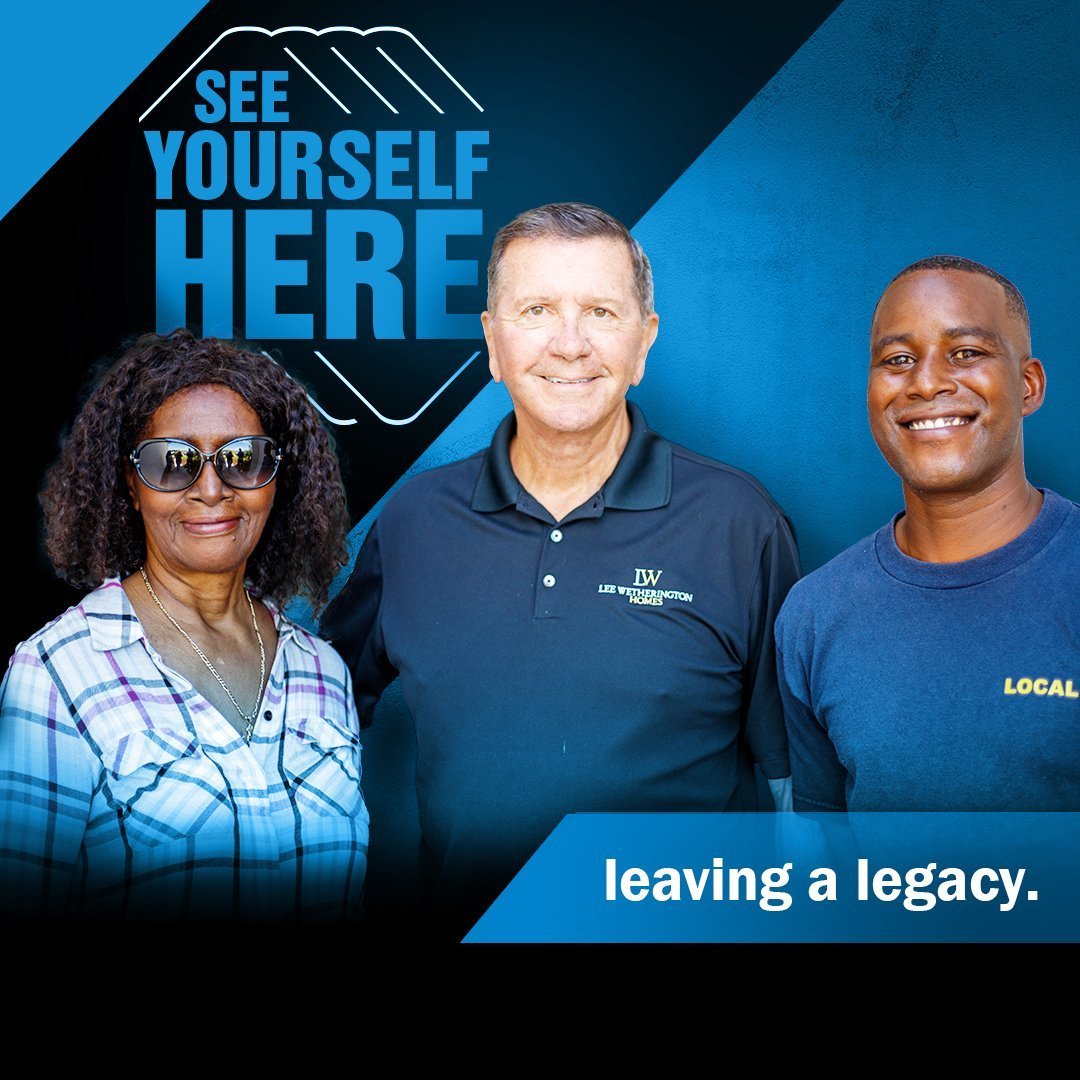 Elijah Jones just bought his second home. It’s a 2300 sq ft, three-bedroom, two-bathroom house in a peaceful gated community in Parrish, Florida, perfect for him and his sweet grandma. His favorite thing about it, however, is that it was custom-built by Lee Wetherington.

Since he was 15 years old, visiting model homes and construction sites, Elijah knew he would one day commission Lee’s award-winning company to build his own house. To him, Lee Wetherington is not just a remarkable builder and entrepreneur, he is also a mentor, role model, father figure, and friend.

Elijah met Lee at the Fruitville Boys & Girls Club—now the Lee Wetherington Boys & Girls Club—where the former was a member and the latter a passionate supporter and donor. Elijah doesn’t recall exactly when or how they met— “Lee and I…it seems like we’ve been friends forever,” he says—but he thinks it must have been a Steak & Burger event back in 1995, when he was just 15 years old. Their connection was immediate, and from that first meeting, a mentorship ensued.

Back then, Elijah was relatively new to the Club, but he was finding his way through numerous roles and responsibilities. He started at a concession stand, then landed a summer job as a Gym Coordinator, before eventually becoming a full-time Counselor.

At the same time that he was earning his own money and building his resume, he was also developing his leadership skills at the Club. He volunteered to build homes with Habitat for Humanity, participated in car wash fundraisers, traveled to Denver with the Keystone Club, and vied for the Florida Youth of the Year title in Tallahassee.

It was especially significant to Elijah’s journey to have a seasoned professional and dedicated mentor help guide him towards a great future.

Lee would take him to model homes and show him how they were built, which fascinated Elijah. Lee taught him everything he knew about life, career, and business. He advised him and guided him, as a mentor does. But their bond went beyond an impersonal mentor-mentee relationship.

“I didn’t just look up to him as a mentor. He became a father figure…and still is,” Elijah says.

Among many unforgettable life lessons, Lee taught Elijah the “Triple Ps,” a mantra he would uphold to this day: “always have patience, which leads to perspective. And when you have the right perspective, it leads to perseverance.”

A few years later, Elijah graduated high school and went on to college in New York. He later served four years in the U.S. Air Force, then moved to New Jersey in 2005. Through all these new experiences, Elijah and Lee never lost contact. They maintained their friendship through calls and emails, both casual check-ins and lengthy catchups. If one was in town, the other would be the first to know, and vice-versa, and they’d make time for lunch or coffee.

It is a tradition they still honor: “As a matter of fact, I’ll give him a call tomorrow,” Elijah says.

During their conversations over the years, Elijah always joked that one day, Lee would build him a home. They laughed it off, until eventually, Lee said, “let’s make it happen!”

"He's a real go-getter,” Elijah says. “Once he sees something that he wants to do, there's nothing stopping him. That's one of the traits that I most admire about him.”

Lee worked out the numbers and drew the plans. Next thing he knew, Elijah was signing paperwork.

“He built me a very beautiful home that my grandmother and I will appreciate for many years to come,” Elijah says.

Today, Elijah is a Senior Field Operator with ConEdison Energy Company. He is responsible for troubleshooting electrical disturbances and has been thriving in his career for 16 years. Elijah credits Lee and the Boys & Girls Club for putting him on the path to his dream career. Now, Elijah wishes to do the same for other kids growing up in similar circumstances as he did, and he hopes others will join him.

“The Boys & Girls Clubs is a positive place for kids. I was so grateful for Lee Wetherington to come into my life as a pre-teen because growing up in an impoverished neighborhood, he really kept me on the right track and helped me find success. Kids today need time, and that is such a precious gift that Lee gave to me, and I'll never forget that."

Elijah and Lee’s story is undeniably unique, but it does not have to be rare. Another great friendship could blossom from a fruitful mentorship; another boy or girl could build a home with the tools a passionate mentor offers.

Copyright © 2022 | Boys & Girls Club of Sarasota and DeSoto Counties | All Rights Reserved | Privacy Policy | Sitemap
A copy of the official registration and financial information may be obtained from the division of consumer services by calling toll-free within the state. Registration does not imply endorsement, approval, or recommendation by the state. For more information, call 1-800-help-fla (435-7352) or visit www.floridaconsumerhelp.com. Registration#: CH1668
Corporate Board MembersFoundation Board Members
Go to mobile version