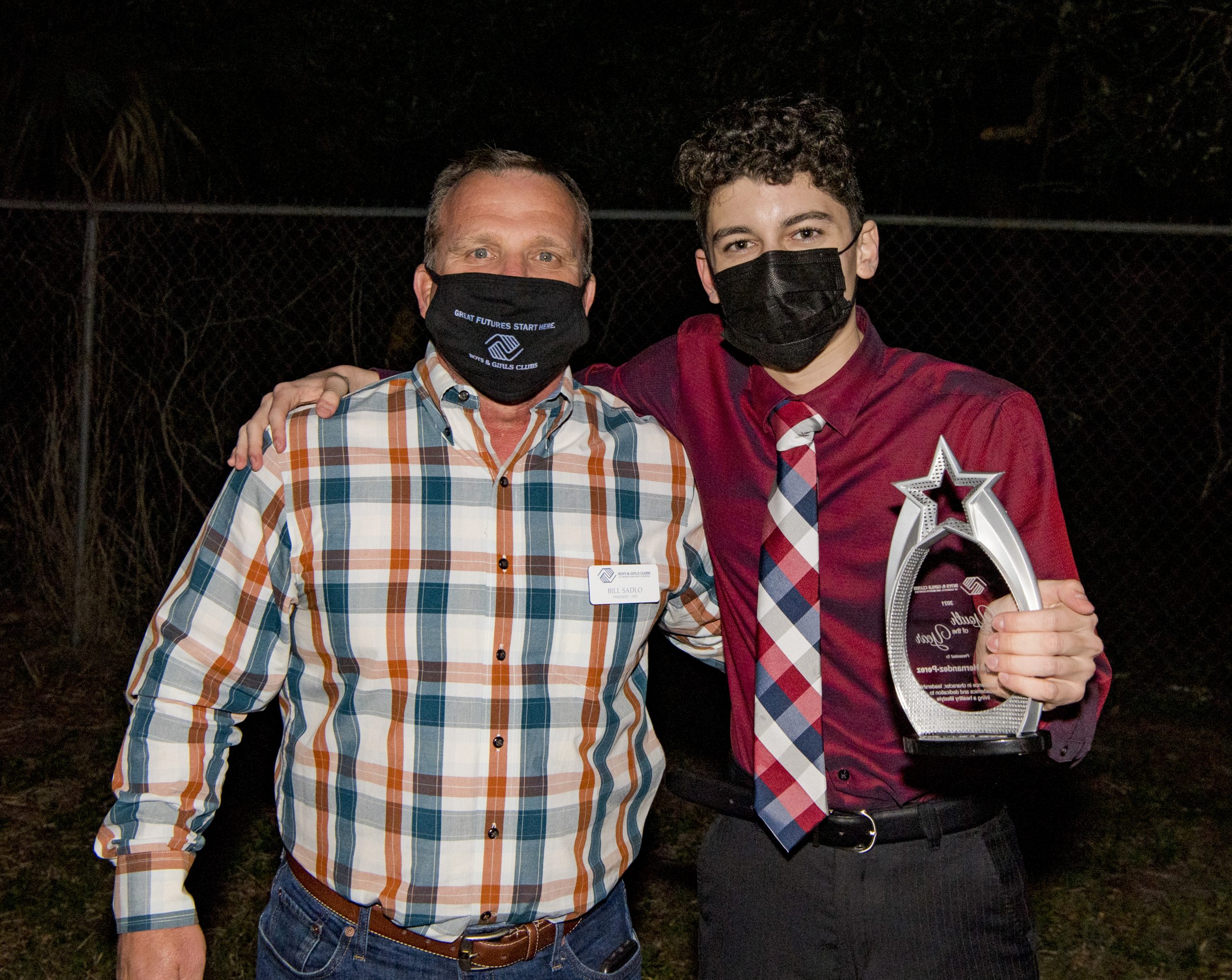 Youth of the Year: A Brief History

Boys & Girls Clubs of America launched the Youth of the Year program in 1947 to recognize and celebrate the extraordinary achievements of Club members across the nation.

"This program fosters a new generation of leaders, fully prepared to live and lead in a diverse, global and integrated world," said Bill Sadlo, President/CEO of Boys & Girls Clubs of Sarasota and DeSoto Counties. "As our 2021 Youth of the Year, Jorge will go on to the state competition with the chance to advance to the regional and national competitions."

They also win academic scholarships and have opportunities for life-changing experiences such as networking with celebrity alumni, speaking at national conferences and meeting elected officials.

Jorge is a senior in the IB Program at Riverview High School and a member of the Lee Wetherington Boys & Girls Club. He joined the Boys & Girls Clubs in 2018. One of Jorge's first projects with The Club was in its STAR (Students Taking Active Roles) Leadership Training Program where he served as Outreach Coordinator for a community-wide service project that benefited Habitat for Humanity Sarasota and SRQ Vets.

"The mentors who surround me at The Club never suppress my aspirations or my large ambitions. They advance my goals with the encouragement and resources needed to fulfill them," said Jorge. "Throughout my Club involvement, staff has continued to open doors by providing me with opportunities to lead."

Other highlights of Jorge's experience with the Boys & Girls Clubs include securing an internship with the legislative office of Representative Margaret Good as Head Political Intern; running an advocacy campaign for culturally responsive education in schools with The Club's Youth Council as Outreach Chair; serving as Marker Subcommittee Secretary and Voting Member of the Sarasota County Government Historical Commission as a STAR Leadership Training Program graduate; and fighting for Club members' voices to be heard through the Florida Atlantic University's Student Voices as the Representative for the Florida Alliance.

"The Club has allowed me to forge a path for success by showing me available doorways to walk through," said Jorge. "As Youth of the Year, I hope to share my experiences with leadership, my encounters with networking and my knowledge of organizing with future Club members so they too, will never let a closed door stop them from pursuing their passions."

Outside of the Boys & Girls Clubs, Jorge is the President and Congressional Debate Captain for the Speech & Debate Team, President of the Rho Kappa Social Studies National Honor Society, Head Ambassador for Safe Place and Rape Crisis Center (SPARCC) and Peer Educator and "Naked Truth" Committee Member for Planned Parenthood.

"Jorge is an outstanding Club member who will be an excellent representative for our organization as he embodies our mission and works diligently to inspire meaningful change in our community," said Bill. "We are so proud of his unwavering passion to make the world a better place."

Watch the video below to hear Jorge accept the 2021 Youth of the Year title.

Steak & Burger was presented by the Louis and Gloria Flanzer Philanthropic Trust and hosted by Club Blue, which is the organization's newest ambassador initiative made up of a group of local professionals who are dedicated to empowering youth at the Boys & Girls Clubs through volunteerism, advocacy and mentorship.

Proceeds from the event support the organization's award-winning slate of programs designed to empower youth to achieve their full potential.